We’ve had great fun the past few weeks in chapel as are wrapped up our year. May has been all about showing kindness and our bible verse is…..An anxious heart weighs a man down, but a kind word cheers him up. Proverbs 12:25. We watched 3 different videos about Paul….the greatest missionary there ever was. Our first story showed us that Paul was not always a good man. Before he became Paul, his name was Saul and he was very mean to those who loved Jesus. We saw where one day he met Jesus on the road to Damascus. All of a sudden, Saul saw a bright light and heard a loud voice calling his name. Jesus told him who he was and that when he hurt His friends, he was hurting Him too. All of a sudden Saul couldn’t see and his friends took him to a man called Ananias, where Jesus told them to go. Ananias knew what Saul had been doing – hurting those Jesus loved. Jesus told Ananias to pray for Saul and tell him that Jesus had chosen him to tell the whole world all about Him. After Ananias prayed, Saul had a change of heart and saw everything differently. He realized that Jesus really was the son of God and he became very willing to go and tell others about Him. As a matter of fact, he changed his name to Paul and became one of the most famous missionaries ever. We saw this week where Paul got thrown in jail for telling others about Jesus. Some people didn’t like that Paul and his friend, Silas were telling others about Jesus, so they had him put in jail. While they were in jail, God sent an earthquake that unlocked the jail doors and the chains they had place on Paul and his friend’s feet. The jailer was afraid his prisoners had escaped, but Paul and Silas did not run away. Instead they shared the love of Jesus with the jailer and he was saved that day. He took Paul and Silas home with him and his family was saved as well, and they all became baptized. Paul experienced many other hardships including being shipwrecked and beaten, but he never gave up on Jesus and continued to spread the gospel for the rest of his life. He new that Jesus would always protect him, love him and never let him down. We learned that we can be missionaries as well – sharing the love of Jesus with others. See pics below of your kiddos enjoying our worship time! 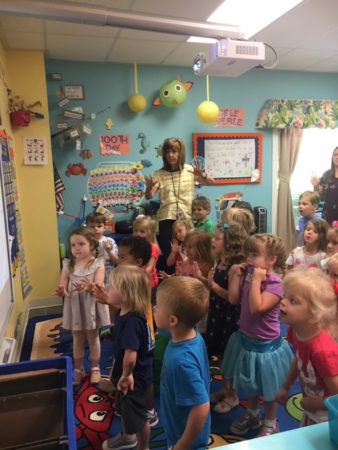 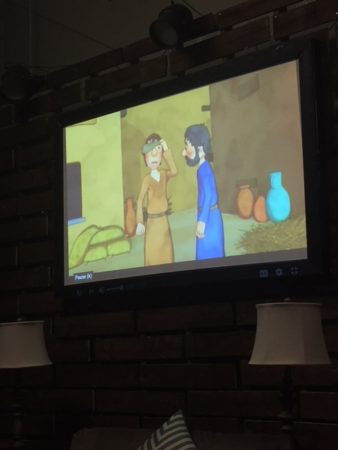 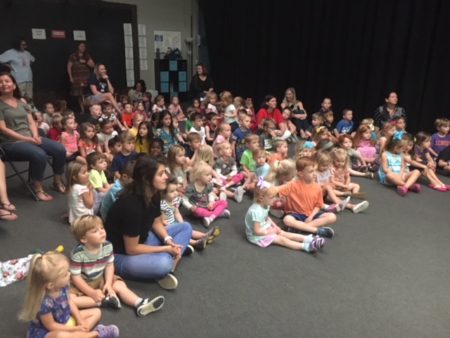 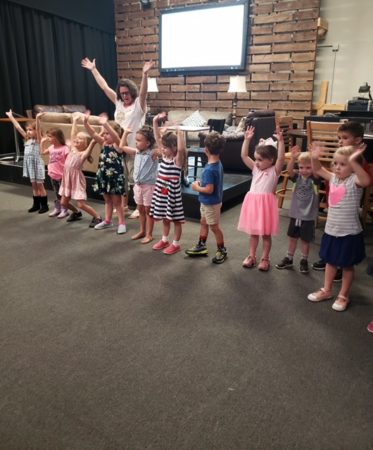 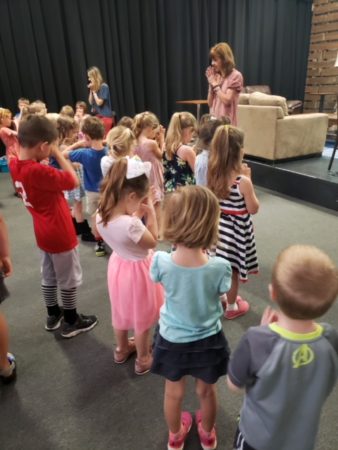 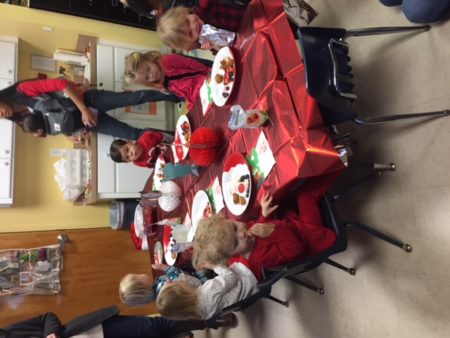 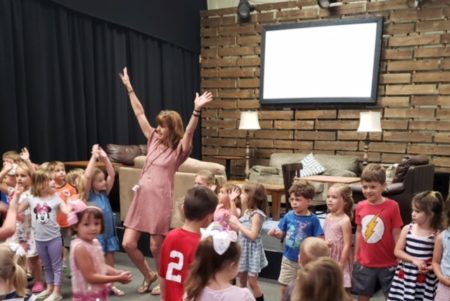